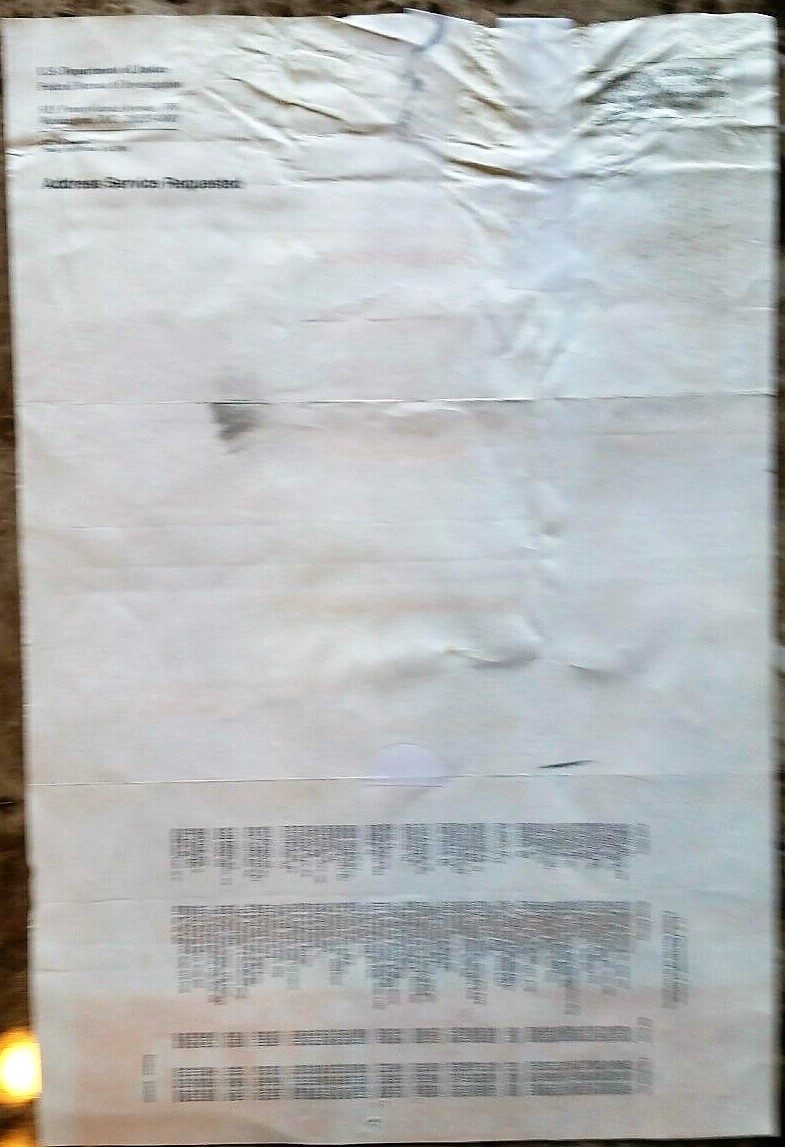 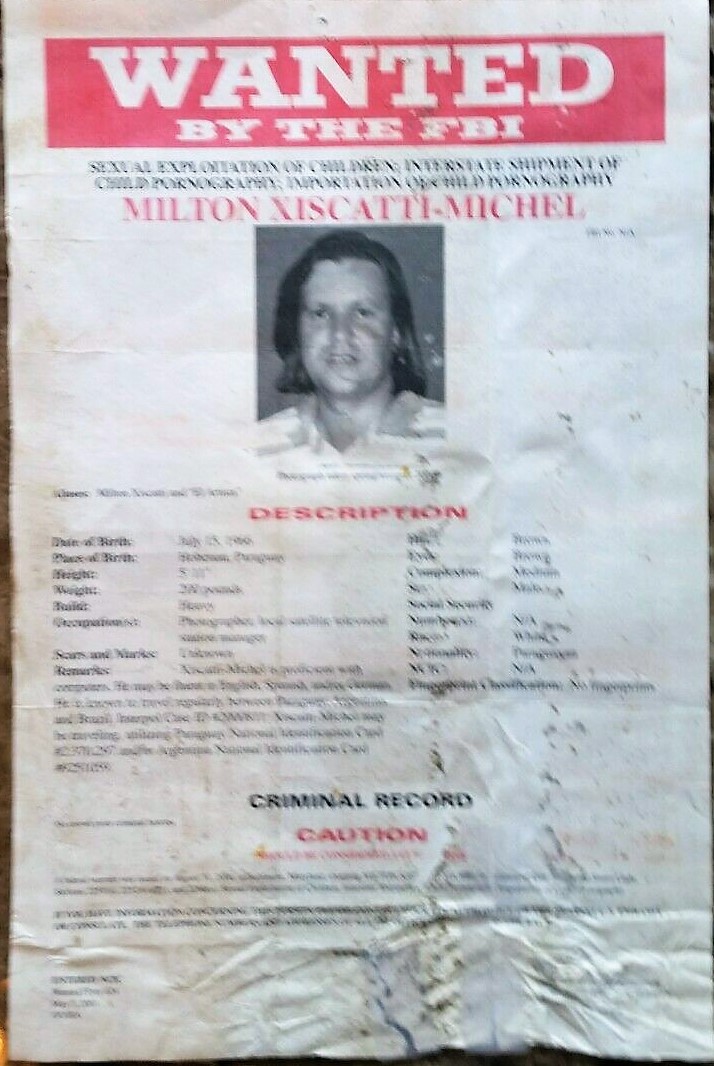 This is an Original FBI wanted poster. This is wanted flyer 624, Milton Xiscatti-Michel. It was issued May 5th, 2001. Heavy wrinkles, tape repaired tears and staining. It measures 12 3/4" long by 8 1/2" wide Milton Xiscatti-Michel is charged in U.S. District Court in Baltimore with 31 counts of shipping child pornography to the United States by computer. He is accused of having taken the pictures of children ages 6 to 11 after he told their parents he was a scout for a worldwide modeling company. A squad of seven FBI and Customs agents had gone to Paraguay to investigate the case after an FBI agent in Maryland, Michael DuBois, noticed pornographic pictures Xiscatti-Michel had allegedly posted on an Internet news group. He is accused of persuading impoverished parents to let their young daughters model for him, telling them they could become Argentine models. The girls were promised about $250 to pose unclothed for photographs. 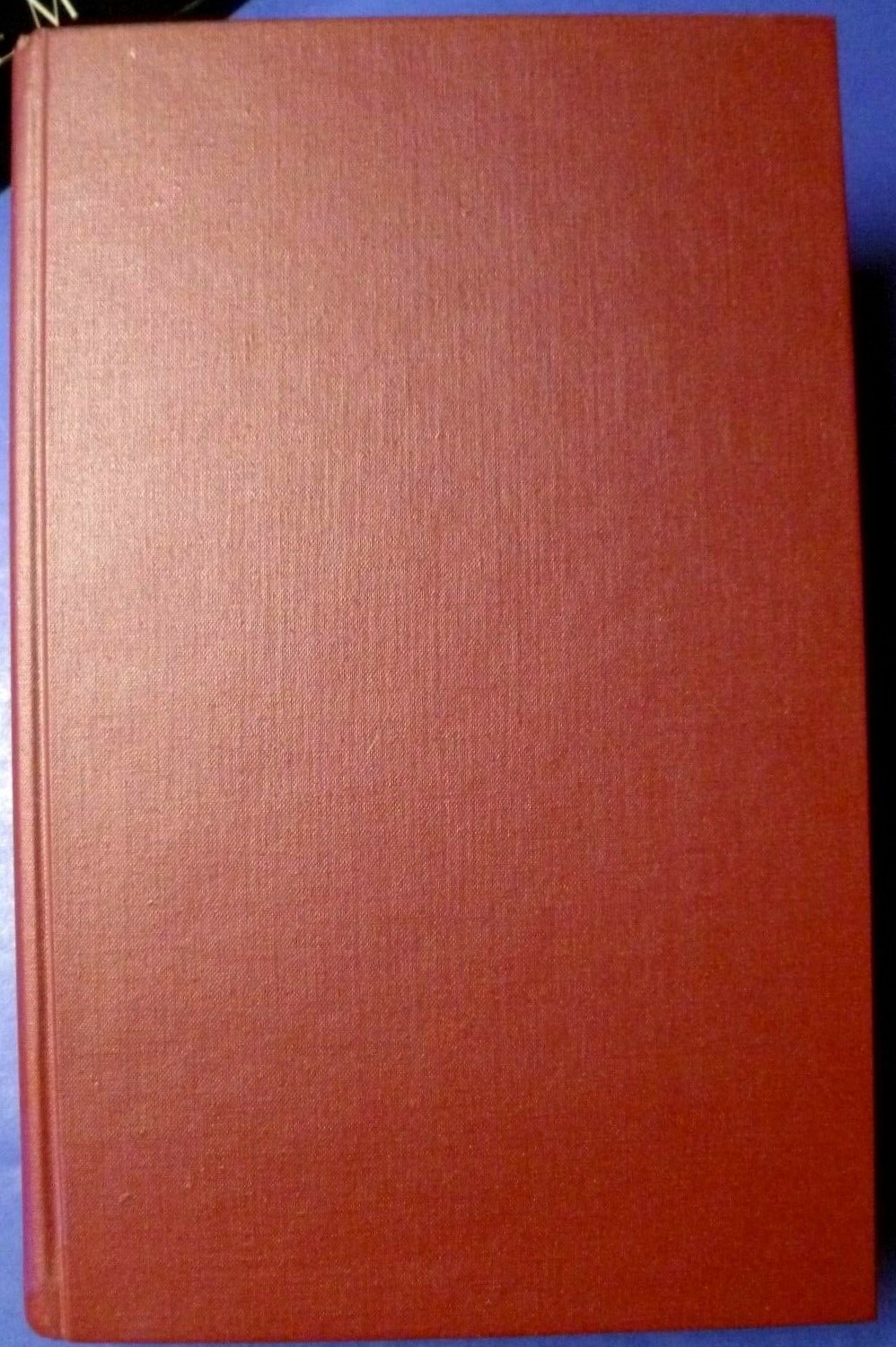 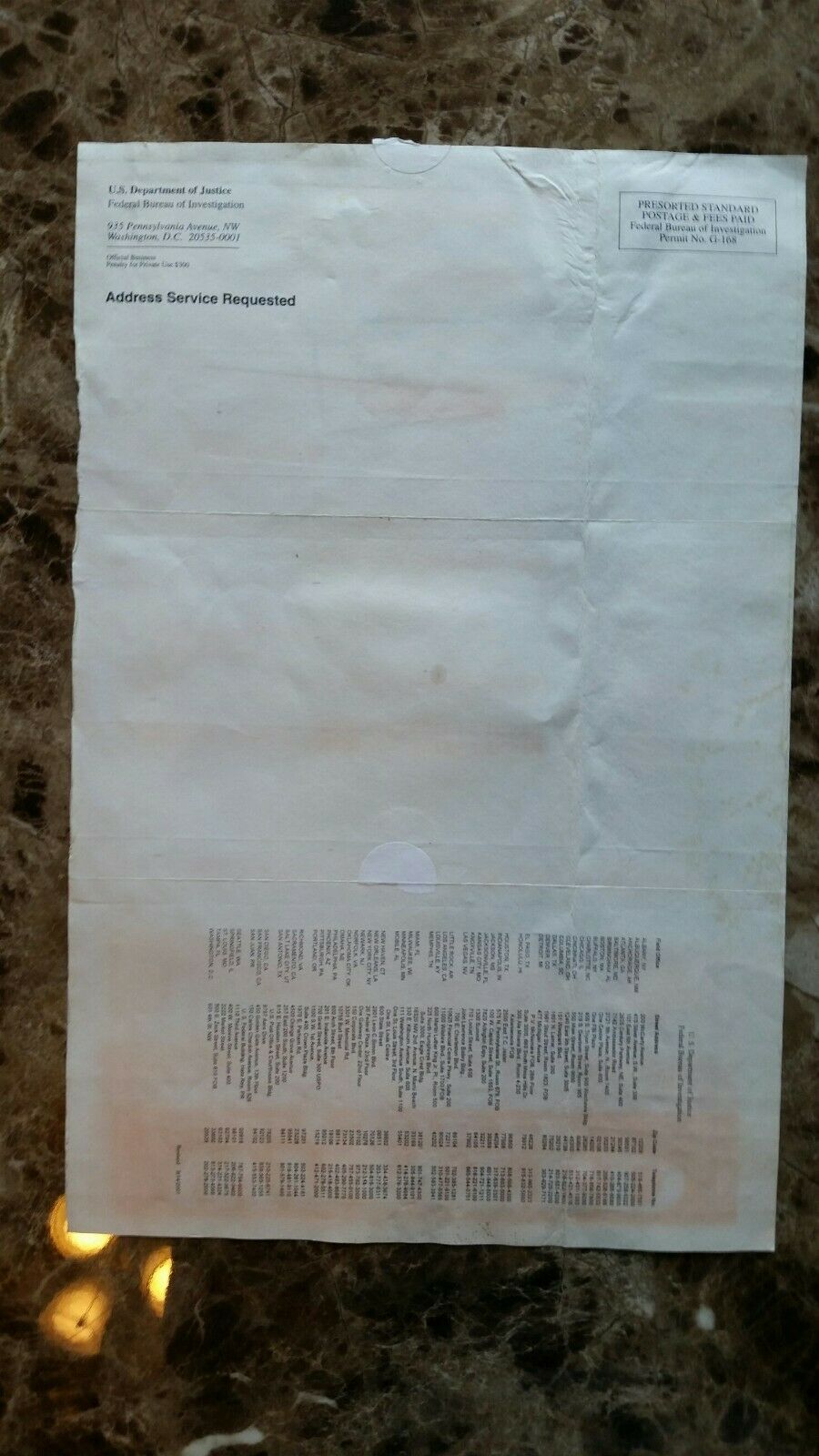 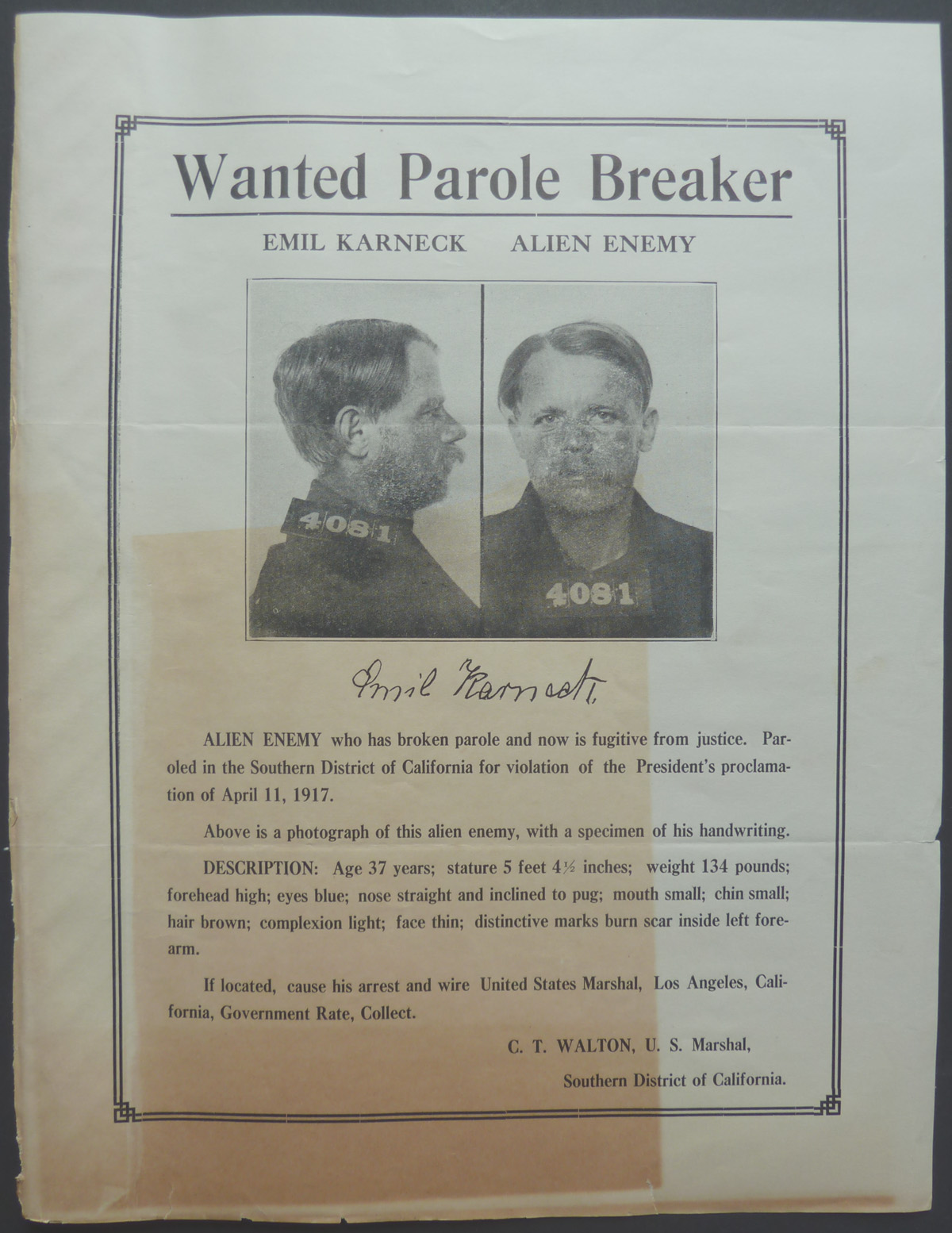 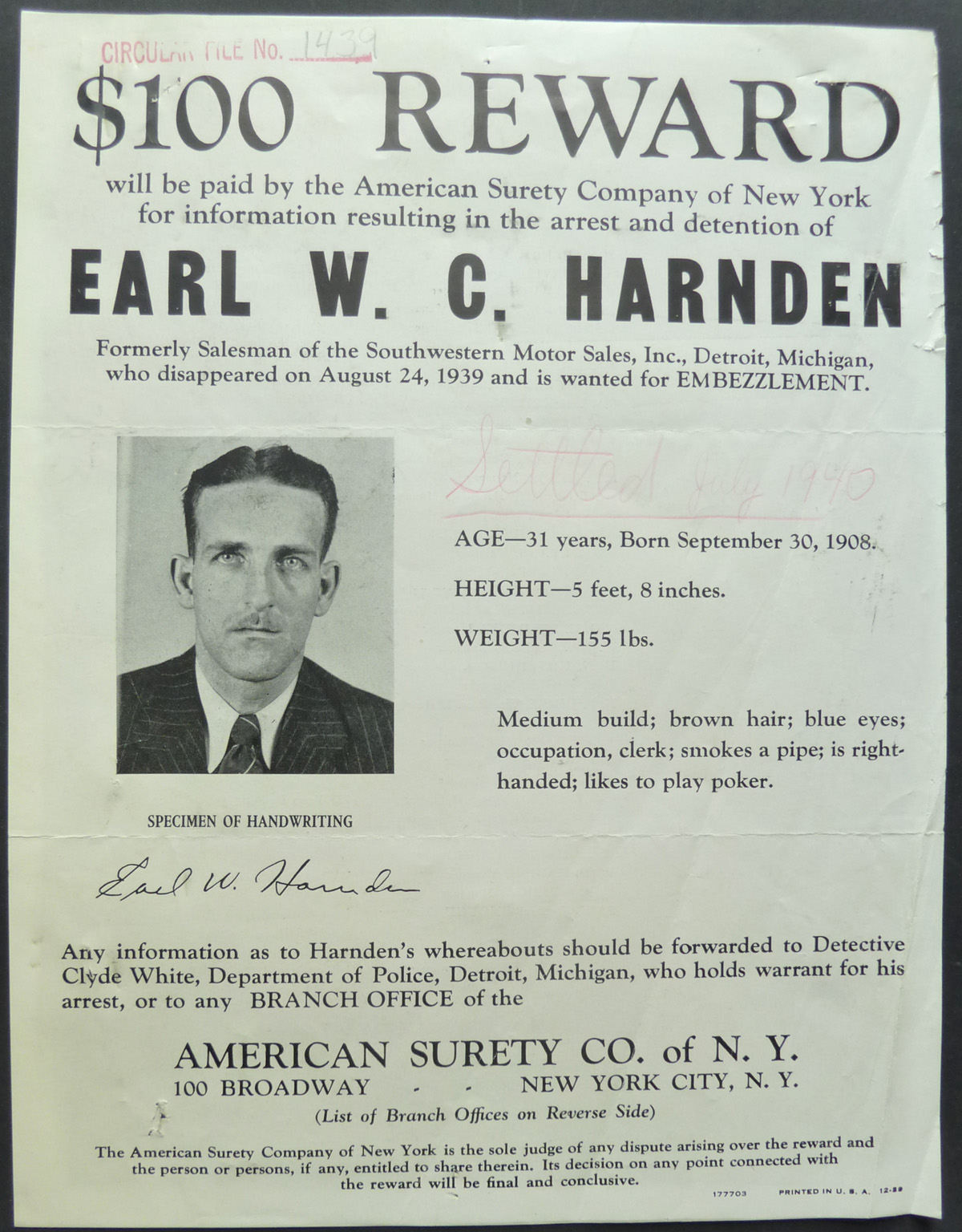 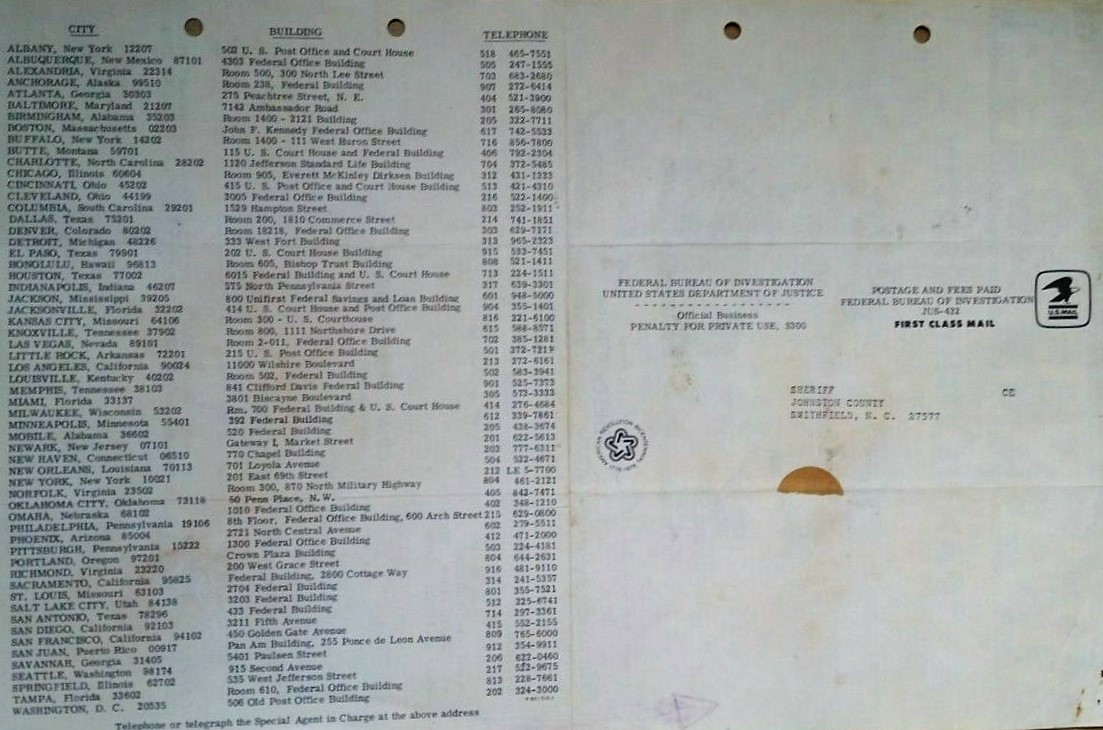 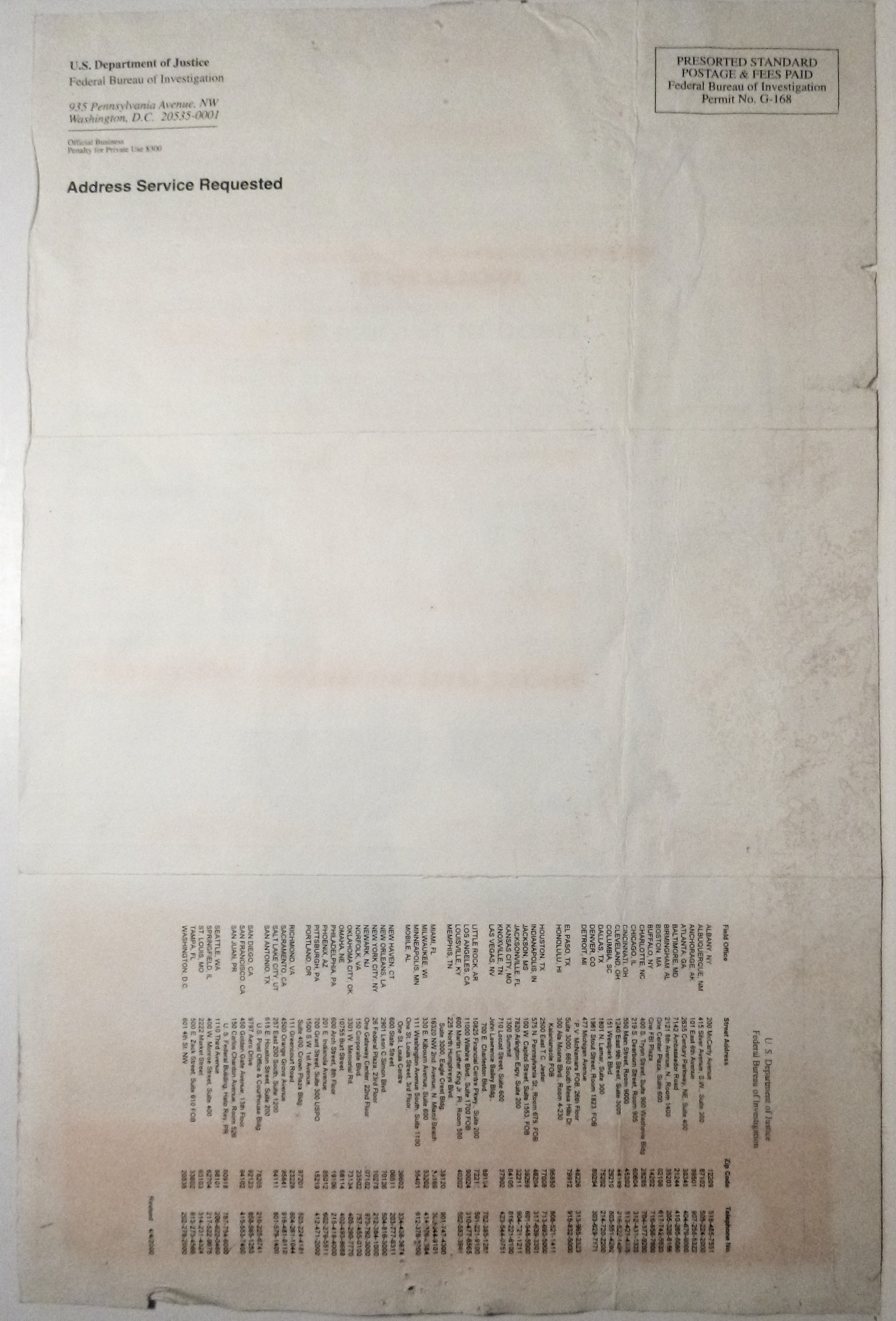