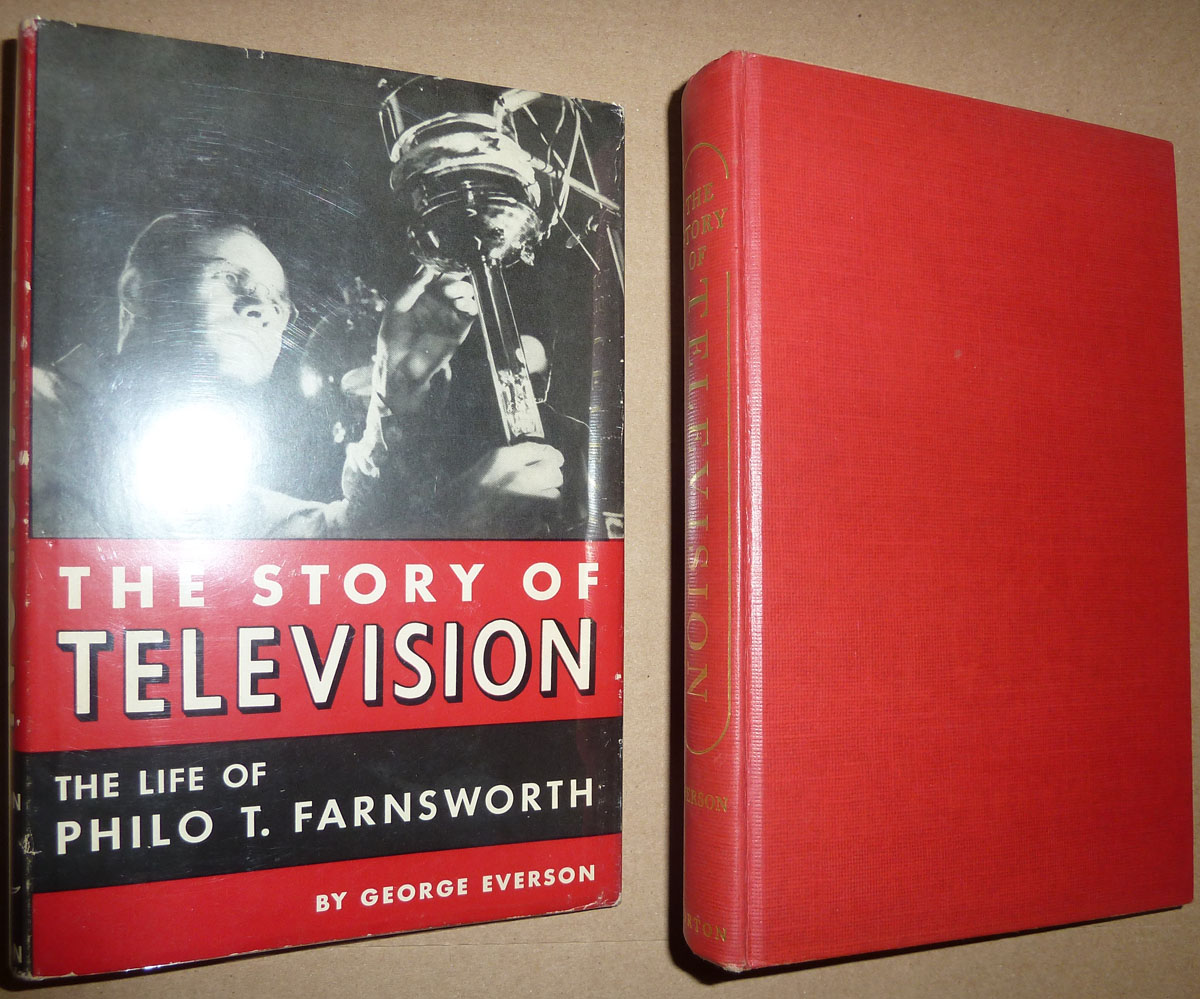 Front hinge shows a hairline split of the paper. Still firm, tight, clean , and bright. Overall VG. Philo Taylor Farnsworth (1906 - 1971) was an American inventor and television pioneer. His patents were crucial to the development of television.He is perhaps best known for his 1927 invention of the first fully functional video camera tube, the "image dissector", as well as the first fully functional and complete television system. Farnsworth developed a television system complete with receiver and camera, which he produced commercially in the form of the Farnsworth Television and R...
View More...