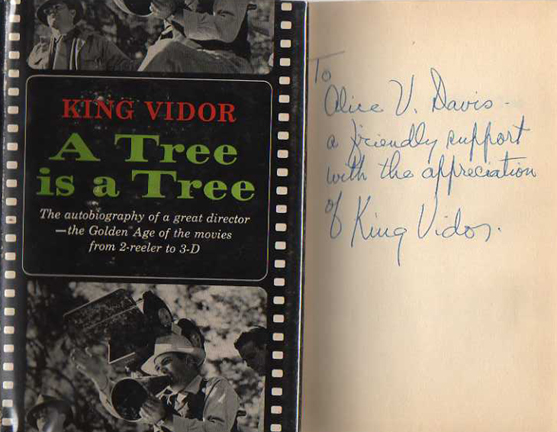 A re-run of the famous film director's career that has a very personal touch, and the appeal of the technical side of movie-making. Bitten by the bug at an early age in Texas, King Vidor sold tickets, ran the projector and shot his own pictures, learning the hard way about cameras, lights, action -- and story. His brashness carried him first to New York, then to Hollywood where he went from directing short subjects to feature films. He elaborates on the problems presented in each of his major films, and on the incidents of production. All are discussed along with the theory and practice of f... View more info